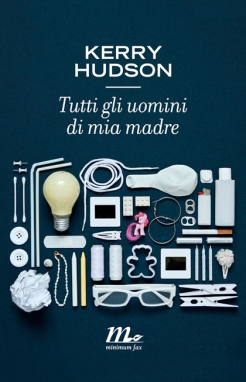 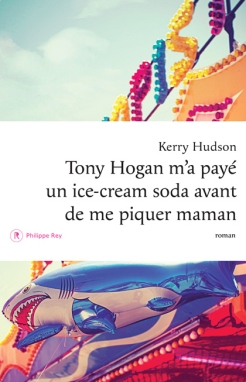 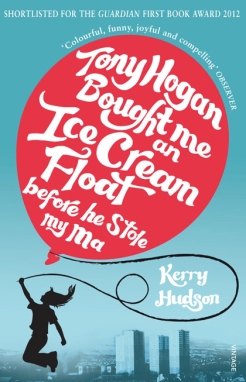 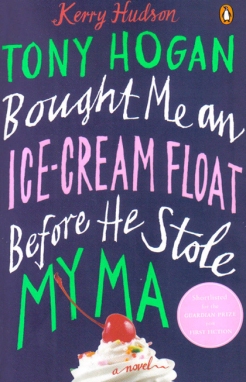 When Janie Ryan is born, she’s just the latest in a long line of Ryan women, fishwives to the marrow, always ready to fight. Her violet-eyed Grandma had predicted she’d be sly, while blowing Benson and Hedges smoke rings over her Ma’s swollen belly. In the hospital, her family eyed her suspiciously, so close she could smell whether they’d had booze or food for breakfast. It was mostly booze.

Tony Hogan tells the story of a childhood of squalid Scottish council flats, screeching women, feckless men, fags and booze and drugs, the dole queue and only the very worst kinds of food. It is also the story of an irresistible, irrepressible heroine, a hilarious family you can’t help but adore, the absurdities of the eighties and the fierce bonds that tie people together no matter what. Told in an arrestingly original – and cry-out-loud funny – voice, it launches itself headlong into the middle of one of life’s great fights, between the pull of the past and the freedom of the future.

Praise for Tony Hogan Bought Me An Ice-cream Float Before He Stole My Ma:

‘There’s little doubt that this young writer is going to be a star… In the course of this picaresque and haunting tale, Hudson achieves something rare and remarkable. While comparison will inevitably be made between her work and that of Irvine Welsh or Alan Warner, she is wholly individual.’ (Rosemary Goring, Herald Scotland)

‘Real and heartfelt… Hudson avoids the usual sentimental clichés and gives us, without a shred of hipster cynicism, the hope and tough warmth for which she has such a sharp eye.’ (Jenn Ashworth, Guardian Review)

‘A sympathetic coming-of-age tale and a valuable counterpoint to widespread social attitudes to women in poverty.’ (Metro)

‘Concurrently very funny and incredibly sad. The writing sizzles, and the words jump off the page as Hudson describes a world of fags, booze, bingo and worse. We watch our heroine Janie Ryan struggle through it all with humour and a will to survive. I was cheering her on all the way, and I’m sure you will, too.’ (Cathy Rentzenbrink, The Bookseller)

‘A laugh out loud read’ (In Style)

‘This is a remarkable debut novel of love and loyalty, of fierce passion and scabrous wit, full of characters whose broad vernacular is direct and expressive. This is about a culture with just as much right to be called British as that of middle-class suburbia.’ (Jonathan Rupin, Foyles.co.uk)

‘Refreshing originality… Hudson’s achievement is the creation of a strong, working-class, female voice in her protagonist – filling a hole in contemporary literature.’ (Big Issue, Doug Johnstone)

‘Despite the often grim subject matter, the book is imbued throughout with warmth, humour, hope and a humanity that pervades every page.’ (Sunday Mail, Scotland)

‘Janie’s irrepressible, childish glee and the sly humour into which it evolves give the novel a wry self-awareness that is both refreshing and endearing.’ (Observer)

‘A gripping, often hilarious tale of growing up in the slums of Aberdeen. Hard to put down owing to the power of the narrative, its DNA is part Roddy Doyle/part Irvine Welsh.’ (The Lady)

‘It is a sheer joy to read’ (Scott Pack, Me and My Big Mouth)